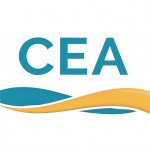 Last night, by a 5-0 vote, the San Marcos City Council handed another big win to the Clean Energy Alliance (CEA), formed in 2019 by Del Mar, Solana Beach, and Carlsbad, by voting to join the CEA.

This decision follows closely on the heels of the City of Escondido’s Oct. 27 decision to do the same.

“Climate change is upon us; acting is important; time is of the essence,” said one San Marcos Councilmember in supporting this action. Another called attention to “the magnitude of the moment” in taking this significant step to meet climate action goals: “If you really want change, it is in how your energy is produced.” Several expressed appreciation for the local control offered by CEA, with each member having an equal vote, rather than having a weighted vote that would allow a bigger city to control decisions.

CEA began providing cleaner and greener energy on May 1, 2021, at rates lower than SDG&E’s, to the three founding cities, including Del Mar, and will begin providing energy to both San Marcos and Escondido in January 2023.

These decisions by San Marcos and Escondido, based on feasibility studies and a close consideration of other community choice energy (CCE) options, are a vote of confidence in the CEA, and its successful launch.

Some on the Del Mar Council have not shared that confidence, with Mayor (then Councilmember) Gaasterland casting a “no” vote in Oct. 2019 on the resolution approving the joint exercise of powers agreement (JPA) creating the CEA. Had Gaasterland prevailed on that vote, Del Mar’s ability to provide service through a CCE would have been delayed by one year, since a December 2019 deadline set by the Public Utilities Commission had to be met in order to begin providing service in 2021.

Shortly after that 4-1 vote, Gaasterland pulled an “opposed” speaker slip at a County Board of Supervisors meeting with a similar item on its agenda. Identifying herself as speaking as a private citizen, but saying that her comments were based on her experience as a Del Mar Councilmember, she urged the Board to do as she had done, and vote to authorize a CCE, but to vote against joining the CEA JPA. She did not disclose that her vote was the sole opposition vote in a 4-1 vote by Del Mar to join the CEA. In effect, after the City voted to join the CEA, she urged another potential CEA member not to join, in apparent contradiction to the financial interests and adopted position of her own City.

And in another effort to stymie the CEA’s launch, in May 2020, Del Mar Councilmembers Druker and Gaasterland unsuccessfully sought to have the City Council direct Del Mar’s CEA Board Member to “urge delay of the CEA launch from mid-2021 to early 2022.” Had that effort been successful, it is likely that Escondido and San Marcos would have looked elsewhere to join a community choice energy program, losing those opportunities and economies of scale for the CEA. By May 2020, Del Mar and the other founding cities had already paid their required share of start-up costs, so the delay sought by Gaasterland and Druker would have delayed when CEA began receiving revenues, but would not have had any impact on Del Mar’s costs, which were already fully paid.

Both Escondido and San Marcos met the December deadline imposed by State rules for the CEA to be able to begin providing energy to their customers in January 2023.

With Del Mar having met the most impactful goal of its Climate Action Plan by expeditiously launching the CEA as a founding member, and having committed to 100% renewable energy for all City uses, Del Mar has some significant wins in its column, when it comes to climate action (and not just “climate action blah blah”, which Greta Thunberg correctly points out is not enough, in a code red for humanity).